There are many different ways of using simulation in physiotherapy education and not all involve technology. In this study simulation and role play were compared in the context of training clinicians to treat low back pain, but which was more effective?

Simulations are a useful educational tool to help students hone their clinical reasoning and decision making ability because it provides students with authentic learning experiences. This is because people act out the scenario enabling students to employ multiple skills together rather than in unison as well as with interpersonal elements.

This is different to a traditional approach where intellectual observation or description are the primary elements of the learning experience. The evidence  around simulations suggest that by participating in them students improve their team working, communication and decision making abilities.

Perfect Your Clinical Reasoning of The Lumbar Spine

Simulation comes in different forms with virtual reality simulation becoming more popular in the past year or so however it’s important we don’t neglect the value of more low-tech versions such as role playing and actor-based simulation. But which one is more effective out of these two?

This RCT took place in two Colombian Universities. One group at each uni were randomised into a clinical simulation group and the other into a role playing group. In total there were 21 students in each group with exclusion criteria being students under 18, those transferred from another programme as well as those with prior simulation experience.

OSCE scores were the main outcome measure used to evaluate the effectiveness of the two education styles. Baseline scores were obtained at the start of the study with another being repeated, using the same case, eight weeks later. The case used went through a content validity review process and external staff performed the OSCE reducing evaluation bias.

The OSCE is outlined in detail within the article andd involves seven stages and assesses skills or abilities regarding physiotherapeutic decision making for a person with low back pain. The scoring was on a scale from 0.0 to 5.0 with different weightings for each stage of the OSCE.

Both groups recieved the same core training sessions which included five 2-hour sessions which covered the basics of practical skills including manual therapy and exercise prescription for people living with low back pain as well as other foundational skills. Two weeks prior to randomisation a learning guide was also provided to the students.

After this point the students underwent two different approaches to education depending on their group.

The simulation group recived a 120 minute class based clinical simulation session with an actor playing the part of a patient with low back pain. There were three simulated patients trained with the emphasis on creating clinical decision making experiences for the students facilitated by guided questions from the professor whilst the students observed.

The students also had the opportunity to interact with the simulated case and carry out clinical reasoning themselves. At the end of each session the students had time set aside for reflection about the case, their learning opportunities and how things could be improved. This information was also used in the analysis.

The role playing group recieved a 120 minute training session where students assumed different roles. Some acted like people with low back pain and others as physiotherapists.  There was no training provided for role playing as a person with back pain.

The cases used by the role playing group was different from the simulation group but was similar in complexity. Firstly the group were divided into two, patient and physio, then three case studies were given to the students. The students acted the cases according to their role and then at the end of the session the students were guided by a professor through each case.

Case one was about pregnancy, the second included post-trauma pain and the third was a case study of non-specific pain. The debreifing process was similar between groups with the conversations being used within the analysis.

Both groups had improved scores after using simulation in their training however, surprisingly, the role play group increased their scores more than the simulation group (0.66 vs 0.59). Unfortunately what we don’t have is a control group who don’t use simulation within their training for how to treat low back pain.

Without this control group it is hard to agree with the authors claims that this has the potential to enhance the decision making potential of students in the future. Sure, it looks like it improves student outcomes for treating low back pain but without the control group we can’t be certain. The small sample sizes also limit the applicability.

It would be interesting in future to see a comparison between virtual simulation and traditional simulation training like the methods seen in this study, as this is a rapidly evolving area of education with promising preliminary outcomes. 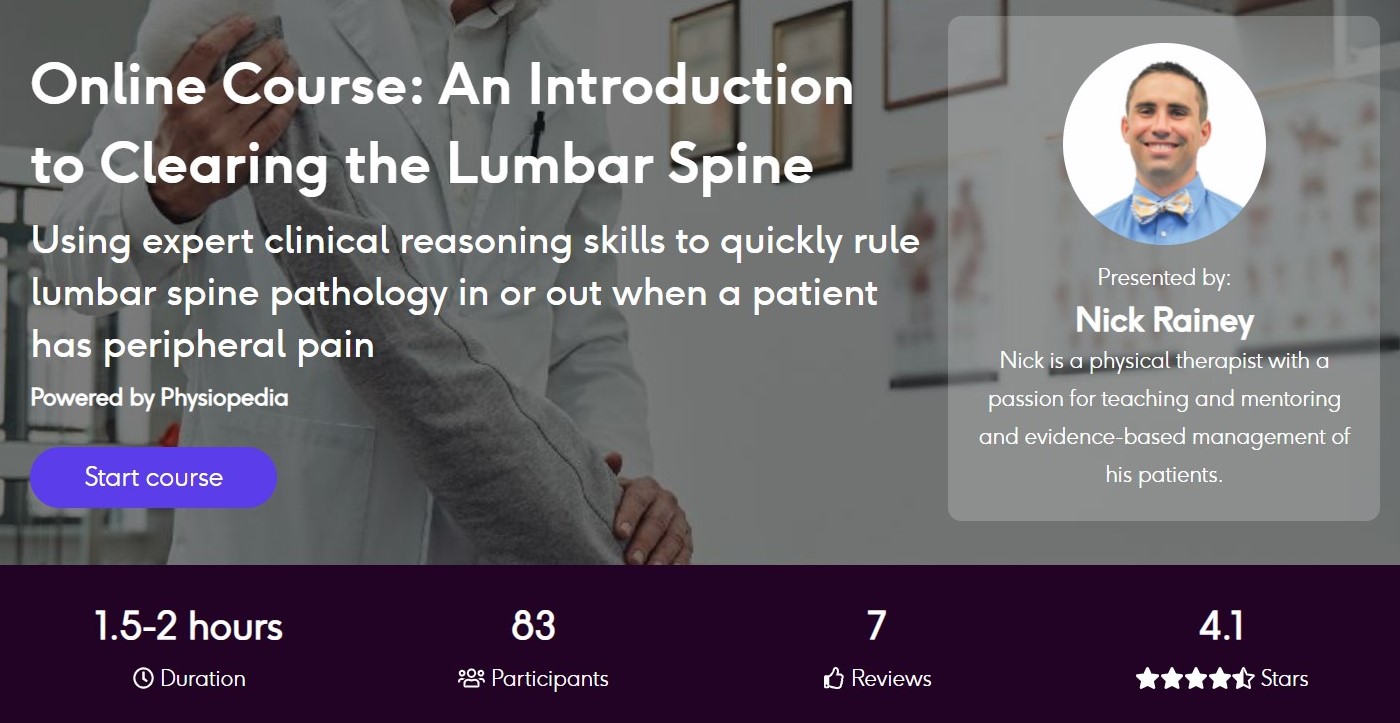