Atherosclerosis is one of the most common causes of cardiovascular disease in the world and the complications can be severe. The disease is characterised by the formation of atherosclerotic plaques which narrow the lumen of arteries. Symptoms depend on which arteries have been narrowed so manifestation of the disease can be wide ranging in presentation and severity dependent on percentage of occlusion. 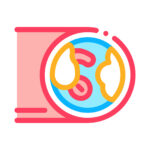 If an artery supplying the limbs is occluded this is called peripheral arterial disease and one of the manifestations of this is called intermittent claudication. This is specifically when at rest there is enough blood supply to a muscle but on movement there is not.

Intermittent claudication (IC) is characterised by cramp and pain in the muscle with the blocked vessels which usually occurs during exercise and pain intensifies until the person is force to stop. Once the person stops blood flow is replenished and lactic acid concentration, ATP and phosphocreatine levels are reset but ischemic damage occurs over time. The disease is classified using Fontaine’s scale with I being tingling sensations and IV being critical limb ischaemia.

Practical assessment for physiotherapists involves palpation of periperhal pulses in the lower limbs and calculating the maximal claudication distance, this is the maximal distance a person can walk before they need to stop because of their symptoms. The perhaphs kinder alternative to this is asking the patient what their pain free walking distance is. Currently a limiation of 100m signifies the need to consider surgical intervention.

If you suspect IC you should refer to a vascular surgery for appropriate diagnosis and initial management. If they have been referred to you via vascular surgery/studies then you must enure:

Only then can an individual personalized outpatient rehabilitation program should be designed for each patient.

The overarching theme of the treatment is to improve the quality of life by relieving pain in the limbs while walking and reducing the risk of cardiovascular complications. This is why supervised walking training on a treadmill is seen as the best initial treatment for patients with IC.

Training sessions should last 30 to 60 minutes and be be3 times a week for a minimum of 3 months. The proposed belt speed is 3.2 km/h with increasing inclination of a treadmill. At the same time, it is emphasized that the maximum pain of ischemic muscles during walking should always be avoided. As symptoms improve the duration and speed of sessions can slowly be increased. 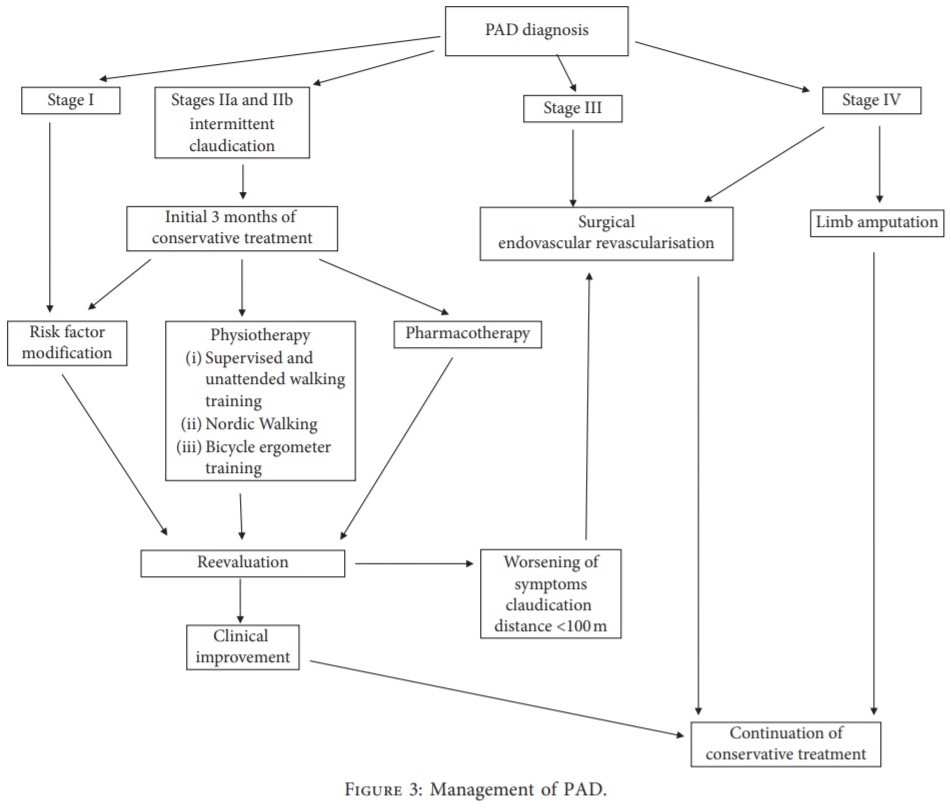 Outside of Physio Sessions

Outside of sessions patients should be encouraged to “walk a lot, but not forcefully” as in it should be a painfree walk. It should be emphasized that if during the walk the patient feels severe pain and muscle cramps, it causes highly adverse consequences as a result of ischemia—reperfusion injury (IRI).

If patients find walking difficult because of competing co-morbidities then cycling on a static bike should be encouraged with their forefoot on the pedals instead of midfoot. This is to ensure greater crural movement during the exercise. Again, as with the walking, this should be painfree and rest is mandatory with the onset of pain and once settled the exercise can continue.

It also goes without saying that education about atherosclerosis is essential along with smoking cessation and dietary changes. Lifestyle advice should never be underestimated in people living with peripheral vascular disease and, in fact, for patients before they get to the stage of having IC symptoms.

This post was originally published November, 2019 and written by Scott Buxton. The page has now been updated for freshness, accuracy and comprehensiveness.