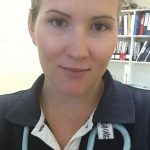 Popliteal artery entrapment syndrome (PAES) arises from an abnormal relationship between the posterior lower limb musculature and the popliteal artery. Interestingly, the anatomical abnormality is more common than the clinical syndrome and over 50% of symptomatic PAES patients have the condition bilaterally (Eliahou, Sosna, & Bloom, 2011). Each presentation can be classified using a typing system that characterises the presentation by the entrapment type of abnormality causing constriction of the popliteal artery. True anatomical PAES differs from functional PAES in that muscle solicitation is the cause of arterial compression, not structural abnormality (Jarraya et al, 2016). It is these type variations that complicate radiological investigation sequencing and subsequent management of these patients. (Figure 1).

This uncommon, progressive syndrome can lead to vascular claudication and symptomatic ischemia. Timely diagnosis and definitive management are important to reduce the risk of the negative long term impacts which include arterial damage, aneurysm, increased risk of thrombus, paresthesia and complete occlusion (Júnior et al., 2018). There are two parts to the diagnosis of this condition, one is to confirm the clinical suspicion and the other is to make the diagnosis. PAES typically causes intermittent, exercise-induced calf pain or claudication with the absence of distal limb pulses in varying functional positions, particularly in the young, active population without atherosclerotic risk factors (Menon, Onida, & Davies, 2019). Radiological investigation is warranted early to facilitate early definitive management in this demographic.

A reference standard to correlate clinical suspicion and objective imaging of this condition remains unclear. An evidence based algorithm currently exists for efficient radiological sequencing for suspected PAES (Jarraya et al.,  2016).  This algorithm sets computed-tomography angiography (CTA) as the front line diagnostic radiological intervention to confirm a clinical suspicion. Depending on the outcome of the CTA, findings will direct clinicians towards the most appropriate subsequent investigation after identifying the cause of the occlusion. This paper aims to present the emerging evidence to support the diagnostic pathway reliant on a small-scale review of the current literature.

A PubMed search was conducted with the question to evaluate the evidence on the optimal reference standard for radiological sequencing to investigate and confirm a clinical diagnosis of PAES.  The search terms included were “popliteal artery entrapment syndrome” or “PAES” and “radiology” and “imaging”. The included articles were published from 2014 onward full text availability was a requirement. The search criteria excluded review articles (n=2), articles pertaining to surgical treatment (n=1), articles pertaining to surgical procedural factors (n=1), prostatic artery embolisation (n=2) and chronic galactocele (n=1). Subsequently, four articles were included in this review. The criteria yielded two case studies, a peer-reviewed editorial and a retrospective case series.

Williams et al. presented that a combination of ultrasound (US) and magnetic resonance imaging (MRI) techniques coupled with dynamic ankle movements can effectively identify and specifically locate arterial compression in patients with PAES (Williams et al., 2015). They suggested that US be used as an initial screening tool due to its availability, immediate interpretation, lack of radiation and low cost. Following US, if occlusion is identified the authors suggest an MRI should be conducted to define the muscular anatomy surrounding the artery, dynamically assessing the artery through dorsiflexion and plantar flexion movements using contrast. The case subject, a 19-year-old female hockey player was effectively diagnosed using this method.

The included case series specifically investigated the relationship between the aberrant plantaris muscle and the manifestation of PAES in subjects presenting to a vascular centre in South Korea between 1995 and 2011. The authors put forward that a PAES diagnosis should be based on axial CT scans or MRI using varied reconstructive methods which were not specified (Kwan et al., 2015). Out of the six patients included in the retrospective cohort, four received a knee joint MRI and of these two went on to receive CTA of the lower extremity. No significant difference was observed between the MRI and the CT imaging outcome in these two patients with this abnormality of the plantaris muscle.

The article by Thakor et al. discusses the merits of steady state free precession MRI (SSFP MRI) in conjunction with blood pooling agents in identifying PAES (Thakor et al., 2017). SSFP MRI uses steady states of magnetisation to achieve a constant gradient moment which allows for improved dynamic assessment, typically used for cardiac function assessment (Luijkx & Weerakkody, 2019). A clear protocol is outlined specifying the area of imaging, dosage of blood pooling agent and timing of imaging in neutral, plantar flexion and dorsiflexion positions suggested for optimal investigation. The addition of a blood pooling agent allows time for repeated imaging with the provocative manoeuvres. A total sequence duration of 24 seconds was found to allow for adequate assessment without causing undue fatigue to the patient. The authors state that the current gold standard for evaluating PAES includes digital subtraction angiography (DSA) and that no studies have been reported using SSFP MRI.  However, the material referenced in support of this modality has not been updated since its 1998 publication.

The included 2017 case study expands on the ambiguity of the available imaging modalities in the diagnosis of functional PAES, particularly looking at intravascular ultrasound (IVUS) as an adjunctive modality  (Boniakowski et al., 2017). The case example of a 22-year old male cyclist did not confirm any arterial compression on CTA or MRA although using DSA with chemically induced vasodilation combined with passive dorsiflexion and active plantar flexion was able to show a full occlusion. Despite the finding, the exact area of compression was unclear. Subsequently, IVUS was used to specifically localise the occluded segment and assist in operative planning. Upon surgical intervention, the medial head of gastrocnemius was found to be hypertrophic causing a functional compression with no other abnormalities found.

The literature presents the lack of consensus as to direct the best diagnostic intervention in the setting of PAES. Older evidence suggests DSA is the optimal modality however novel approaches such as the incorporation of chemical agents with CTA, SSFP MRI and IVUS have distinct advantages and an evolving evidence base. With this in mind, one must consider the limitations to each modality and the context in which the suspected diagnosis is being correlated.

The overarching issue is the ability of each modality to identify the exact location and the particular structure or structures that are causing the constriction. This is vital information to direct surgical management. The included literature suggests that whilst each modality may effectively evaluate arterial flow to a degree, specifying the exact aetiology of the loss of flow is dependent on the type of PAES, despite the identical presenting symptoms. The patient who presents with symptomatic posterior calf claudication, provoked by dorsiflexion and plantar flexion manoeuvres should be radiologically examined in a timely manner to locate the site and cause of vascular compression. As the optimal treatment for the most common type of PAES typically involves surgical decompression, concise diagnosis is pinnacle for best results. This review concludes that more than one imaging modality is required to confirm the diagnosis and direct the treatment of PAES. Doppler US should not be discounted as the strongest first line option with a heightened alertness for false positives. SSFP MRI with blood pooling agents will provide optimal soft tissue examination and IVUS provides the best vascular assessment allowing the internal detail required for surgical planning. This combination should be employed for the greatest chance of optimal management.

Further evidence is required to strengthen this proposed protocol. Specifically, future research should investigate whether there is a link between the duration of the symptoms and the ease of identification of arterial compression as well as optimal imaging field parameters for each various modalities. If any relationship could be identified, perhaps the protocol could be stratified to produce maximal efficacy whilst aiming for lowest risk to the patient and maximum accessibility for all cases.