Follow Physiopedia
Physiopedia's mission is to contribute to global health through universal access to physiotherapy knowledge. It is a collaborative effort of the global community and provides a platform for community members to connect, learn and professionally develop.
Read more by Physiopedia
This guest post has been written by one Dr Trisha Parsons, Associate Professor at Queen’s University in Ontario, Canada. Trisha has recently helped us to review amputee case studies for publication on Physiopedia . You can find Trisha on twitter @tlparsons_.  Over to Trisha….

As a physiotherapist, I started my career as a sole-charge practitioner in a rural, community hospital located in Ontario, Canada. It was an amazing opportunity, in terms of the independence I had in how I operated. However, it was also terrifying in terms of the sense of responsibility I had and the limited professional network available to me. In those days, e-mail was in its infancy, and the knowledge resources I had were bound in books that lined the shelves of the department. If I wanted an article, it meant either an expensive journal subscription or a trip to the nearest medical library two hours away. I often reached out to physiotherapy colleagues, by phone, to discuss the more challenging cases I came across, but this typically required a great deal of logistical co-ordination of busy schedules. I learned a lot in this time, but as all self-reflective practitioners do, I often found myself wondering what someone else would have chosen in a given case. I knew that there were others out there in the world who struggled with many of the same clinical issues that I faced; however, there were limited opportunities to connect and share our knowledge gleaned from our clinical experiences or the lived experiences of our patients. 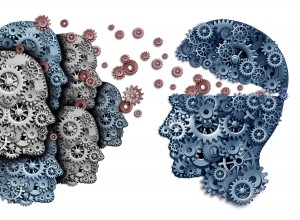 Sharing and exchanging our cases can have a powerful impact on our learning and continued professional development. It is important to stress that this isn’t about exchanging recipes, to fill our respective clinical skills recipe box, but rather to learn from each other’s train of thought. To trace each other’s steps of clinical reasoning, to see ultimately, not only WHAT we chose to do in each case, but WHY we chose to do it. As an Associate Professor of an entry-level physiotherapy program in Canada, I find myself in the position to see these processes up close on a daily basis; working with MScPT students who are developing their clinical reasoning skills. Recently, however, I had the rare privilege to participate as a reviewer of clinical case studies that were submitted for credit completion as part of Physiopedia’s inaugural Lower Extremity Amputation On-line Course.

These cases were submitted from practitioners around the globe as part of their requirements for successful on-line course completion. In the majority, these cases were submitted by physiotherapists, but a few others came from occupational therapists and other members of the multi-disciplinary health team who work with people to re-build their identities following the loss of the limb. These cases were stunning. As I reflected on them as a whole I found several themes emerging.

Highlighting the complexity of rehabilitation 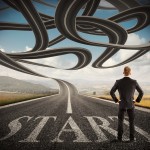 First, the case reports highlighted for me the true complexity of rehabilitation management following an amputation. Cases which showed in detail the implications of complex co-morbidity of chronic disease (including diabetes, kidney failure, cancer, and cardio-vascular disease) on the management and outcome of lower extremity amputations. They also revealed the complexity of Interprofessional management – the overlapping and integrated roles of different members of the health-care team. Further, that they began to map how these roles vary geographically in the world. 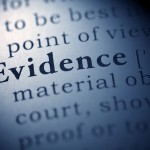 Second, these cases created an archive of the efforts of clinicians around the globe to deliver real evidence-based medicine in the field of amputee rehabilitation. That is, in encountering each unique patient the case authors have documented their efforts to understand a given patient’s situation and how that situation maps to published research evidence. In cases where the evidence was lacking, these case accounts form a record of a given therapists effort to proceed in an evidence-based way; to try a novel therapy and to evaluate its outcome. 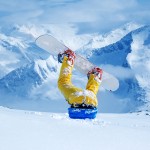 Third, through their honest reflection, there were authors who modelled for us how we can learn from those scenarios that do not have positive outcomes. That from the most challenging cases, the cases that did not go as hoped or as planned, we can glean the deepest learning that will eventually improve our future practice. This process, to do it honestly and with intention, takes a great deal of courage, particularly amongst those who are willing to share the process with others.

Prevention and health promotion are key 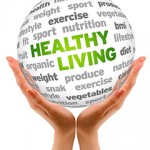 Finally, and perhaps most importantly, these causes shouted to me a single message through the chorus of voices of the patients who lived through losing a limb: prevention and health promotion are key. I was stunned by the number of cases, from around the globe, that resulted from a vascular etiology. I teach these statistics in my course on Lower Extremity Amputation at Queen’s University; but to read the stories of each of these patient’s, the younger and younger ages at which these amputations are occurring, including one in a pediatric case, and how suddenly their health declined towards the need of an amputation, to me made these statistics real and impossible to ignore. Physiotherapists have much to offer in the fields of health promotion and prevention, and the time to engage them is now.

By sharing their reflections and insights on the efficacy of their treatments and on the key lessons they learned from their patients, the case authors offer us an opportunity to learn about the real-world management of complex conditions. In one case study from Afghanistan, the author described how they managed amputee rehabilitation in a community based setting, where resources for such care were limited. Their lessons echoed my experiences working in a rural area of Ontario and their insights would have been so helpful to me at the beginning of my practice as a sole-charge therapist. Through their case study archive, Physiopedia is offering us the opportunity to construct shared knowledge about real-world evidence-based medicine and to connect, despite geographical disparity, to the goal of delivering optimal patient-centred care.