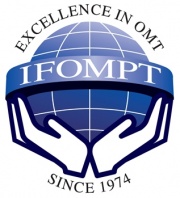 I went to the last IFOMPT conference in Quebec, in 2012. The knowledge and networking from that event has definitely shaped the last four years for me. I knew it would, and that is why I was beyond excited, and more than honoured when I was asked to be involved this time round. To be part of something so global, so forward-thinking, and so invested in the wellbeing of our profession is truly humbling. And it’s in Glasgow! Glasgow! City of culture. City of the arts. City of science.  City of…Glaswegians!

So I’ve been asked to present a couple of keynotes lectures. Both around my areas of interest, which helps. On Wednesday 6th I will be talking about the inclusion of vascular assessment in our practice. I don’t see this as just another discrete skill to add to what we do, but something much bigger. A signal, among many, that our roles are changing, that our responsibilities are growing, that public expectations of us are increasing. But along with this, we need the knowledge. And the mind-set. As in many areas of practice, scientific data is challenging traditional thought. Vascular assessment is a perfect example of the shift in practice which could be made in the context of emerging scientific knowledge.

I see that before Gwen and Ann bring the conference to its inevitable fine conclusion at the end of the week, I will be saying something about expanding perspectives in research. One thing I have been doing over the last few years is building relationships between the sciences and the humanities, in relation to health care. I believe that this cross-discipline collaboration is essential for the future of health care and medicine. Particular, I am interested in the nature of research methods and evidence which drives our practice. One such project I am involved in is CauseHealth, which is focussed on understanding the complexity and context-sensitivity of clinical practice and research. Key to this thinking is, ta daaa . . . the individual human being at the centre of our whole raison d’être. How do science and the humanities work together to best position the person in the context of big data and masses of information? I hope to use this sort of question as the core of my keynote lecture. Do please come along.

Now then, our time in Glasgow isn’t just about work – we need to play too. The social programme looks great all week, but I will say this: get yourselves to Nice’n’Sleazy on Wednesday night. Apparently there is a band playing there who have been described in the music press as “a fantastic cornucopia of English and American folk music”. They’ve even got a new CD out which you could get right here and learn all the words! Furthermore, there is a rumour that this band includes some conference speakers… you really should come along for a great night!

See you all in Glasgow! 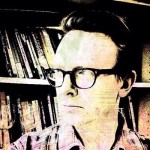 This article was written by Roger Kerry. Roger is Associate Professor at The University of Nottingham; Physiotherapist; Philosopher of Science-in-training. He is interested in the way science behaves, and how evidence-based medicine works… or doesn’t.