Pectoralis minor length is identified as a risk factor in shoulder and upper limb dysfunction in the general population as well as competitive swimmers. Adaptive shortening of pectoralis minor is the result of a forward shoulder posture and repetitive shoulder flexion and medial rotation (swim stroke). The role of pectoralis minor as an accessory breathing muscle for swimmers is often overlooked.

The first aim of the breathing exercises was to facilitate lateral costal breathing. A 500 ml bottle was filled with water to a mark of ten centimetres, representing the depth of a swimmer’s face in the water (Sehlin et al 2007). A plastic tube was inserted into the bottle. The intervention group individually received a measured elastic band (thoracic circumference minus 5 centimetres). They had to inhale against the resistance of the elastic band, keeping the shoulder girdle relaxed and opened. Expiration was done for four counts (the resistance should be kept for two of the four counts against the elastic band) into the blow bottle system.

The second aim of this study was to integrate the lateral costal breathing during dry land exercises, therefore the intervention group wore the elastic band during the sessions where the stretches and exercises were done. They had to focus on breathing against the elastic band, ‘keeping the chest open’ and ‘keep the shoulder girdle relaxed’.

A statistically significant change (p<0.02) in the dynamic scapula position of the intervention group was observed, after five months. This change in the posterior tipping of the scapula was observed after a 200m swim but only on the left side.

The continuous improvement in the function (and resistance to fatigue) of the lower fibres of trapezius (over five months) may be the result of the motor learning approach which had been followed in the current study. Three main principles of motor learning were applied in this study: Firstly, musculoskeletal balance was obtained (Magarey and Jones 2003), in this case pectoralis minor gained length to optimise lower trapezius recruitment and ultimately affected the scapula position. Secondly, much more quality of contraction is required from a muscle than only agonistic strength (Kibler et al. 2013; Worsley et al. 2013, Roy et al. 2009; Magarey and Jones 2003). Emphasis on ideal recruitment, inner range hold and eccentric control optimise the ability of the stabilisers (specifically lower fibres of trapezius) to maintain and control the scapula position. Thirdly, training should be task specific (Magarey and Jones 203). During the intervention, exercises were performed in different ranges of glenohumeral flexion and abduction. Lateral costal breathing exercise was facilitated while doing the retraining exercises and assuring a well-positioned scapula. The ability to control the scapula resulted in a stable scapula that could serve as a stable base for pectoralis minor to contract from as an accessory breathing muscle.

The changes in PMI and muscle functions were bilateral but the scapula position change was only on the left side. The preferred side of breathing could be a possible explanation for this finding (Fernandez et al 2012). This is however one of the limitations of the current study; breathing side dominance was not documented.

Swimmers will always depend on accessory breathing muscles for optimum ventilation. Ideal positioning of the scapula, resting as well as dynamic, will not only contribute to optimum upper limb function, but in the case of swimmers serve as a stable base for optimum function of pectoralis 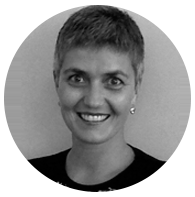 This Post was Written by Kinetic Control‘s:  Elzette Korkie. Elzette has recently finished her PhD and is now teaching in South Africa alongside KC tutor Jacqueline Swart.