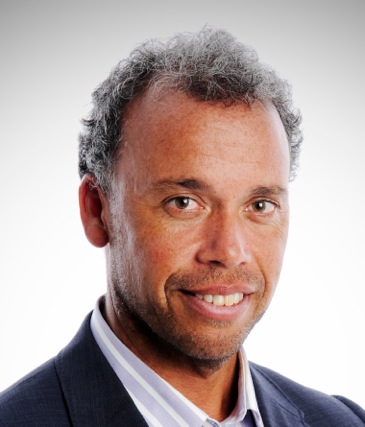 Hello from the 8th Interdisciplinary World Congress on Lumbar and Pelvic Pain!

Jon Ford, Alex Chan and Luke Surkitt from the STOPS Back Pain team reporting from Dubai on Tuesday 29 October.

It was a fascinating day of presentations from a range of speakers too numerous to mention.  A full outline of the program is available here.  Overall impressions were:

Once again Prof Hodges demonstrated his amazing presentation skills.  His approach to Powerpoint continues to demonstrate the flexibility of the medium (for those of us interested in making our presentations as interesting as possible!).  But more importantly he most eloquently overviewed the literature on motor control, demonstrating once again his broad approach to integrating the motor control literature with overall human function including posture/balance, the global lumbo-pelvic muscle systems, respiration, visceral function, bladder and bowel function as well as psychosocial and neurophysiological dimensions.  He presented a good deal of data outlying the interaction between these systems and the importance of practitioners identifying and managing such deficits.

With great simplicity Prof Hodges described the importance of balancing movement and stiffness in the lumbar spine.  Contrary to those practitioners advocating bracing as a motor control strategy he explained through video demonstration and research evidence that such an approach is not consistent with normal human movement.  It seems the “orchestra” analogy extends beyond Moseley and Explain Pain with Prof Hodges describing the “orchestra of muscles” working in a sophisticated and co-ordinated manner to achieve optimal motor control of the spine, trunk and pelvis.

We were impressed with the integration of Prof Hodges’ work with the literature on lumbar and human function more broadly.

Prof Nils is well known to our research team, particularly his work on the clinical identification and management of central sensitisation.  Like Prof Hodges, Prof Nils repeated on a number of occasions the assertion that his presentation did not apply to all LBP patients or even all persistent LBP patients.  Rather he was talking about persistent, unremitting and more severe LBP problems.  This distinction was good to hear as some authorities appear to be applying the principles of central sensitisation and concepts such as the neuromatrix in a manner excluding all other approaches including the pathoanatomical.

The presentation was central sensitisation “101” with key concepts including:

He showed a striking series of pictures from soldiers who had just lost a limb at war in seemingly no discomfort.  This lack of pain in spite of severe injury was due to the absence of “threat” as the result of the limb loss was returning home, never having to fight again.

From a clinical perspective the take home message from Prof Nils was:

These concepts have been expanded upon further by our team in a Slideshow presentation here.

Again this was a fantastic overview presentation for those looking to integrate neurophysiological and psychosocial principles into a multi-dimensional approach to assessing and treating LBP.

Our own Dr Jon Ford presented the 12 month data from the Specific Treatment of Problems of the Spine (STOPS) trial.  The presentation outlined critical issues in subgrouping including:

A compelling case was made based on data from Dr Ford that specific physiotherapy is more effective than evidence-based advice on LBD.  Question time and between session breaks illustrated a high level of interest in the STOPS trial from the conference delegates.

We returned home from the Low Back and Pelvic Pain Congress with plenty of food for thought!