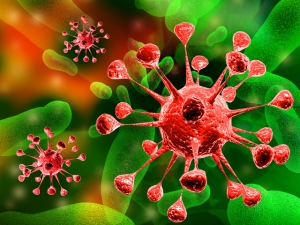 It’s been a good few weeks for hearing about developments in battling cancer. There has been much highlighted in relation to cancer research from the European Breast Cancer Conference in Barcelona and also developments in identifying those at risk of lung cancer and combating potential colon cancer.

According to British doctors a pioneering treatment for breast cancer that cuts a six-week course of tumour-destroying therapy to a single half-hour â€œshotâ€ is showing success in early trials in patients.Â  The radiotherapy treatment, which is for use in patients with early breast cancer after they have undergone surgery on the tumour, is designed to kill remaining cancerous cells with a concentrated beam of radiation. A ten-year international trial of 22,000 women in 35 countries is comparing the treatments. After the publication of trial data later this year, a single dose of intra-operative radiation therapy (IORT) might become more widely available and offer women a less gruelling and more cosmetically satisfactory outcome.

Researchers at the European Breast Cancer Conference presented their work which found that beta-blockers may be able to reduce the ability of breast cancer to spread around the body.Â  A joint UK and German study found that cancer patients taking beta-blockers had a lower risk of dying. The drugs may block hormones that trigger the spread of cancer cells. This research builds on earlier laboratory studies which suggest that the ability of cancer cells to increase in number and spread is boosted by the presence of stress hormones. Beta-blockers attach themselves to the same receptors on cancer cells used by these hormones, potentially reducing their ability to stimulate the cell and trigger spread.

Also presented at the European Breast Cancer Conference, scientists have found a new and simple way to identify breast cancer patients who are likely to respond well to treatment with a common class of chemotherapy drugs, and predict who is unlikely to see any benefit. A meta-analysis of four large breast cancer trials including nearly 3,000 patients, the researchers found that an abnormality on chromosome 17, called CEP17, is a “highly significant indicator” that the tumour will respond to chemotherapy drugs called anthracyclines. The findings mean doctors should be able to test patients, tailor treatment to them and avoid giving them toxic drugs that will not help.

A study from the University of Texas found that a combination of two chemicals may be able to destroy growths in the gut which have the potential to become colon cancers.Â  In mice bred to have large numbers of polyps and eventually tumours, the cocktail reduced the polyps four-fold and significantly extended lifespan. The scientists say that because other cells appear to be unaffected, it is possible that the treatment could be used long-term with a minimum of side-effects.

The Lancet Oncology reported a gene that could help explain why some non-smokers develop lung cancer. It is hoped that further research into the GPC5 gene could open the way for new targeted treatments as well as picking out those at high risk.Â  DNA samples from 754 people who had smoked fewer than 100 cigarettes in their lifetime were scanned to find the genetic differences that seemed most likely to affect the risk of lung cancer. When chronic respiratory disease, exposure to second-hand smoke and family history of lung cancer were taken into account, two sections of the genome seemed to be key.

Although these developments in the battle against cancer don’t directly effect physiotherapy practice, they do provide some hope for a brighter future in the fight against cancer which should be of interest to all of us involved in health care.

http://www.timesonline.co.uk/tol/news/uk/health/article7079558.eceA pioneering treatment for breast cancer that cuts a six-week course of tumour-destroying therapy to a single half-hour â€œshotâ€ is showing success in early trials in patients, according to British doctors.