It don’t mean a thing if it ain’t got that sling? Joined up thinking, but what if the devil’s in the detail.  Here we take a little look at the myofascial sling concept and how this sits alongside multi-joint, multi intensity movement assessment as employed within The Performance system.

As the pendulum of culture swings from the micro to the macro and back it’s probably fair to say we are in an age of complex systems that interact in complex ways. Indeed, we live in a culture of increasing interconnectivity, when so many of our systems of communication are interdependent. This is also seen to relate to perceptions of muscle and movement. The myofascial sling concept has provided a beguiling model in which to conceive function.  Movement professionals have increasingly embraced the body as a unit, migrating away from what can be seen as a reductionist (single joint, single muscle) view of movement. This ‘training movement, not training muscle’ stance is highly apparent within multiple disciplines. A typical illustration of such a view would go something along the lines of;

This is a very common view, highly apparent in 2015. Certainly, what’s hot and what’s not is good for business – but we can only be as good as the limitations of the belief system we currently adhere to and this makes fashion a problem for function – and this extends to more than just high heels.

A little history of joined up thinking

As far back as 1970 Logan & Mckinney were describing the interaction between the musculature of the shoulder and the opposite hip, in a contralateral rotational pre-stretch  they described as the ‘serape effect’. In 2003 Santana relates this interaction to functional length- the point in a muscle length tension relationship in which it is most force efficient.  The assumption here is all the component parts of the sling will lengthen to the same extent.

In 2011 Horan are seeing this mechanism as a means to elicit the stretch shortening cycle during golf swings. The same system within a system (the body) reinterpreted and used to different end goals.

The work of Thomas Myers and especially the illustrations employed within his texts brought the body as a unit of units to a wider audience. These publications closely coincided with the work of Vleeming et al (1995) and Lee (1999), which has now seeped into multiple disciplines, setting in stone the body’s slings, as seen below, for many movement professionals from manual therapists to personal trainers.

Training the slings can be time efficient – 4 systems within the one system, 4 approaches to address the whole body. But when a component of system within these systems is impaired the question is raised- how do we find and fix the fault and how is this system to be re-integrated in to the whole? This is a question Mark Comerford was asked.

A little bit about Mark Comerford 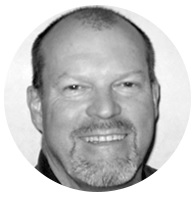 Mark Comerford is described as possessing ‘vision, creativity and a profound understanding of the human movement system that has allowed new ground to be reached in the systematic analysis and management of movement impairments. His writing collaborations with colleague Sarah Mottram have provided some of the key academic publications on the topic of movement control over the last 20 years, work that continues to prove seminal to much contemporary literature.

His exceptional ability to systemise the complexities of movement and its interactions with both pain and performance is world renowned and continues to be globally sought.’  He seems a good person to supply a good answer.

Multi joint, multi intensity movement assessment can live harmoniously alongside the sling concepts discussed above. Assessment of the whole system is required to inform upon deficits and substitution strategies. Simply training the sling to fix the impairment could be seen as changing the whole football team rather than just taken off the tired, injured or ineffective player. We need consider the synergistic strategies the individual is using and consider their impact on risk to performance, injury occurrence and overall quality of life.

Back to the future

Some of the most exciting literature now emerging on movement has returned to looking at the role muscles, working in synergies (Santello & Lang, 2015; Ting et al., 2015). Assessing and restoring synergies based on what literature reveals allows slings to be a time efficient approach to organising training. Without consideration of synergy the system can develop deficits that will lie beyond an effective process of intervention.