Kari Niemi takes a fascial perspective to the movement debate.

Born to move, our brain is wired and our body is ‘built’ for movement. This fundamental human ability is constantly under the influence of numerous extrinsic & intrinsic factors, either aiding or hindering our movement intentions. Amongst those classified as intrinsic factors lies a separate distinction between what can be called the body’s ‘software’ and ‘hardware’ elements.

Software deficits alter movement; what about the hardware?

It is widely accepted efficient movement control requires a smooth collaboration between the peripheral and central nervous system (software); alterations in either interferes with the delicate intricacies of movement patterns. Such problems may manifest as changes to the onset of the muscle activation, duration of muscle activation and impaired recruitment order of musculature. Alongside the general acknowledgement of the influence of these ‘software’ components on movement quality is a growing interest amongst clinicians and researchers regarding fascial tissue. How might fascia might be related to pain and how can fascia influence our movement and motor control?

One muscle, many pockets- another view of the hardware

Clinical anatomy textbooks present around 600 distinct, separate muscles yet, an alternative view to this compartmentalised anatomy also exists. Tom Myers’ integrated, ‘fascial’ perspective suggests there is only one muscle in 600 different pockets; an attractive concept allowing us to more readily perceive everything in our body as being truly connected. Fascia surrounds every organ in our body (including muscles); under our skin lie superficial and deep fascia wrapping muscle (epimysium), muscle bundles (perimymisum) and muscle fibres (endomysium). This seemingly passive element interacts directly with movement; loose connective tissue and other substances between fascial layers allow fascia to slide, glide and shear while we walk, run, jump, bend, and twist.

The same, loose connective tissue we can see between the skin and superficial fascia, also exists between the superficial and deep fascia, as well as between deep fascia and muscles. In the limbs the collagen fibres of fascial layers are orientated so as to form an angle of 78° to one another. In the trunk, the same aponeurotic fascia as seen in the limbs is evident in the thoracolumbar fascia, neck fascia and rectus sheath. Also in the trunk a different kind of deep fascia (the epimysial fascia) envelopes the musculature of the gluteus maximus , pectoralis major , trapezius and deltoideus.

The deep aponeurotic fascia is easy to distinguish from the underlying fascia of the muscle while this epimysial fascia is closely connected to underlying muscle and therefore not easy to separate. The deep fascia also forms sheaths for nerves and blood vessels, strengthens ligaments around joints and acts to binds all structures together (Stecco et al., 2011).

Fascia plays an important role in muscular force transmission, aiding tendons’ conversion of force into movement. It is estimated that around 30% of muscular tension is distributed through fascial structures (Huijing et al., 2003) thereby making fascia an important peripheral structure in the movement system. This role in stress and strain management acts to maintain fascial tissue’s state of health. Additionally, this storage and subsequent return of mechanical energy allows for greater movement efficiency, saving chemical (metabolic) energy in activities like walking, running and jumping. Therefore, it is both the contractile structure of skeletal muscle and the fascia in which it is bound that are required to be in an optimal state to allow well controlled movement to be apparent.

Fascia is one of the richest sensory organs in our body, embedded in nerve endings and mechanoreceptors; muscles spindles, Ruffini and Pacini corpuscles, Golgi endings and free nerve endings. It is therefore unsurprising that fascia plays a major role in the perception of posture and movement, feeding into proprioception and coordination qualities. Every time we change our posture or move in any way fascial tissues’ mechanoreceptors are deformed and activated, sending afferent information into the spinal cord and brain. The CNS processes these incoming messages from the periphery and sends appropriate signals back to the muscles required in the desired movement outcome.

Fascia is seen to be implicated in neck and low back pain. Langevin et al. (2011) tested thoracolumbar shear strain with ultrasound imaging in patients with low back pain of greater than twelve months duration. They found that in low back pain patients thoracolumbar fascia shear strain was 20% lower than in people without low back pain. This reduction of shear plane motion may be due to abnormal trunk movement patterns and/or intrinsic connective tissue pathology. Stecco et al. (2013) also found thickness of the sternocleidomastoideus muscle fascia and scalenus medius muscle fascia to be thicker in patients with chronic neck pain compared to healthy subjects. Fascia also has been linked to pain in the periphery such as achillodynia (Stecco et al., 2014 ) and ankle sprains (Stecco et al., 2011 ). It is also suggested fascia rather than muscle tissue plays an important role in the process of delayed onset of muscle soreness following eccentric exercise (Gibson et al., 2009).

Fascia is becoming increasingly viewed as integral to not only our bodily structure but also our movement quality and sustained movement health. Although certainly a great deal more research is required, fascial tissue dysfunction appears to be related to situations of overuse, misuse, disuse in addition to incidences of trauma and surgery. Age is also a factor; collagen fibre’s orientation in young fascia is two-directional and undulating yet, as we age, and due to a lack of exercise/movement, this collagen fibre network becomes multidirectional and flatter. If we adhere to a ‘structure follows function’ ethos there is good reason to think that our alignment and movement control play an important role in pathogenesis of fascial dysfunction.

Move it or lose it…

As fascia is pliable, adaptive and plastic we can maintain and improve fascial tissue structure and function with appropriate and regular exercise like Yoga, Pilates, Tai Chi, martial arts, to name a few. Also, slow and dynamic stretching and bouncing movements can be used to fascia’s benefit (Shleip & Müller, 2012). Just as for so many things, in terms of fascia we can say “use or lose it”. Finally, it is apparent that ‘movement matters’ to both the hardware and software components of the body. The greater the exactitude of this movement quality, the greater the movement control present, the greater the advantage to the whole person as opposed to just their hardware and software components. 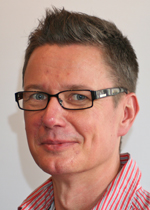 Kari Niemi is a Kinetic Control Accredited Tutor in Finland and delivers courses on identifying and retraining movement control impairments.  An OMT physiotherapist since 1997 he has taught at the Finnish Association of Orthopedic Manual Therapy and gained his accreditation as a Kinetic Control tutor in 2010.