This week we continue our look at the evolution of the current emphasis on movement as the way to manage and improve musculoskeletal health.  Following on from part one, here are the next 5 perspectives:

6. Kinetic Control- ‘the clue’s in the name’

As a contemporary to core stability revolution and inspired by the same seminal works, the Kinetic Control approach gained recognition as a process for managing pain though movement assessment and movement retraining. Relying upon single joint testing of low intensity co-ordination tasks this now well-established system provided a highly structured framework facilitating the application of what the research continues to reveal.

8. No pain… but poor control

The Kinetic Control testing process would often reveal the presence of poor movement control in the absence of acute or even a history of pain. Additionally, movement control deficits could be seen to be present during high intensity, strength and speed environments and during multi-joint tasks. Therefore, while the system was highly effective in revealing low threshold, co-ordination control deficits those faults originating under speed and load tasks of the whole body would remain elusive and unchecked.

Increasingly, movement is becoming recognised as pivotal to injury risk, recurrence and performance enhancement. The ability to assess and retrain aberrant movement is now at the forefront of contemporary thinking on not only maintaining mobility and independence in the aged but also spans out to the enrichment of athletic performance at the elite level. 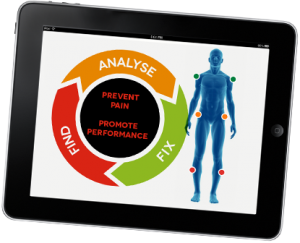 The movement movement is evolving yet, the lessons of the past must be considered as it seems there is a need to avoid merely adopting a cultural (performance or rehab) stance to movement analysis and retraining.  Testing those not in pain must be stratified so as to reveal what lies beneath both the veneer of daily function and hidden within the split second of the sports skill. For more details on movement analysis and retraining see The Performance Matrix