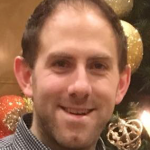 My name is Matt and I am a Physiotherapy BSc (Hons) graduate from King’s College, London. Throughout my degree I have had the pleasure to experience a wide range of placements from critical care to community which has given me a true appreciation of the diversity and skill set required to become a competent physiotherapist.

I have recently joined the Physiopedia team following their Volunteer Orientation Course, and with delight I have been assigned to help analyse and critique the latest evidence on PhysioSpot as well as offering a monthly blog to assist those just starting on their Physiotherapy journey from applying to universities to getting your first job.

I’m looking forward to working with the team, and hopefully the pieces I provide will be both informative and interesting.
Read more by Matt Ross

We recently finished another round of our increasingly popular Volunteer Orientation Course. As part of the final assignment members were tasked to write an original piece of work to share with the profession, the contributions were of the highest quality. Below is the great piece of work written by  Matt Ross. Keep an eye out for some of Matt’s work on Physiospot too. He has already produced a brilliant first blog all about being a new graduate.

It has been documented throughout all manners of media that the NHS is in ‘crisis’. As the population continues to age, the demand on both the primary and secondary care continues to rise due to increasingly complex, often numerous co-­morbidities. Demands placed on hospital infrastructures throughout winter are now all but common throughout the year, with very few beds being offered to those who need it.

The BMA (2016) published the ‘Responsive, safe and sustainable: our urgent prescription for general practice’. Within this document, the British Medical Association (BMA) call for the immediate expansion of the primary care team to relieve GP workload including pharmacists, mental health practitioners, medical assistants, physician associates and physiotherapists.

The Chartered Society of Physiotherapy (CSP) has welcomed this vision and in May 2018 produced the ‘First Contact Physiotherapist posts in General Practice’ document. The CSP believe that not only are physiotherapists skilled enough to elevate the pressures placed upon GP’s, but also have the adequate skill set to be able to assist those with neurological or respiratory conditions.

All this sounds great, in theory, but what does the evidence say? A study by Salmon et al (2017) examined the benefit of introducing a Physiotherapy Extended Scope Practitioner (FCP) within a GP setting over a period of 10 months.

Quantitative data was collated via a retrospective audit. Qualitative data was collected via an anonymous patient satisfaction questionnaire that were completed using an iPad in the waiting room afterwards. Of 428 patients who were assessed or followed up, the presence of an FCP lead to a 40% reduction in GP led orthopaedic referrals with 97% managing with the FCP service with no need for onward referrals. 97% would seek FCP rather than a GP in the future and 84% felt they needed no further guidance on their medical condition.

Although it is difficult to make a firm conclusion over the efficacy of first contact physiotherapists within primary care by examining just the two studies mentioned, these do correlate with other evidence highlighting high patient satisfaction and reduced costings.

The UK population grew by just over half a million to 65.1 million in 2015 (Office of National Statistics, 2017) By 2040, nearly 1 in 7 people are predicted to be over the age of 75 (Government Office for Science, 2016) and 2.9 million people expected to have 3 or more co-­morbidities in 2018 (The Kings Fund, no date), it is clear that the way health care is delivered needs to change and there is increased importance to prevent people coming into hospital via reablement and community service teams.

As a new graduate, I have experienced the thorough in depth training in both human biology and kinematics that make us experts in our field. I have experienced the biopsychosocial model of health care delivery and have acquired the communication skills to only provide education but also to listen empathically. In a time where movement and exercise and education are key to self-­management, and with the ever-­growing evidence base for physiotherapists in primary care, I feel that we can make a huge difference in the ever-­changing face of healthcare.