Two new Level II evidence systematic reviews regarding Anterior Cruciate Ligament (ACL) management have been published in the Journal of Bone and Joint Surgery. The first, published earlier this summer, stated the effectiveness of ACL prevention training programmes. Three objectives were underlined by the authors. These were; the effectiveness of ACL prevention programmes, evidence for the “best” programme and to investigate the quality of current research. Eight studies met the inclusion criteria of prospective, controlled studies that directly compared ACL injury prevention programs with no treatment in human subjects focusing on clinical treatment or outcome. While a significant decrease in ACL tear after prevention programmes were found (52% in female athletes, 85% in male athletes), the authors remained undecided over which programme was most effective. Interventions found to effective included: balance board, stretching, progressive lower limb resistance training, plyometrics and sports specific agility training. The authors concluded that the level of evidence was low with lack of appropriate blinding or randomisation in every trial.

The second study, focusing on rehabilitation after ACL reconstruction was published at the beginning of October. Twenty-nine Level I or II trials, published between 2006 and 2010, were included in the review. Topics reviewed included; postoperative bracing, accelerated strengthening, home based rehabilitation, proprioception and neuromuscular training, water therapy, stair climbing, slide board exercises, psychological and proprioceptive training and creatine. Bracing was found to not only be unbeneficial to rehab but also costly. While further research is needed on early return to the sport, it was found that static eccentric quadriceps and isometric hamstring strengthening at week three post-op can accelerate strength gains. The authors found it difficult to draw a conclusion on home based rehab due to bias. However, they did state that a well-motivated patient could obtain reasonable results from a minimally supervised home based rehab programme. Neuromuscular interventions were found to be unlikely to contribute large improvements in outcomes or aid a faster return to sport. Vibration training may lead to faster and more complete proprioceptive recovery but the review recommends that further research is needed. Overall, the authors concluded that while these interventions may be beneficial they should not be performed to the exclusion of range-of-motion, strengthening, and functional exercises. 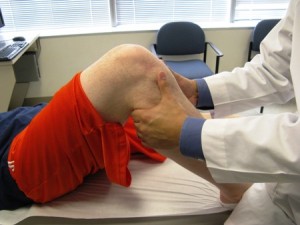 This recent research surrounding ACL prevention and rehab is welcoming as it is an area where the role is physiotherapists is constantly evolving. This is evident in a recent audit highlighted on the Chartered Society of Physiotherapists (CSP) website, where it was found at two hospitals in England that two thirds of patients with ACL ruptures didn’t require surgery and that physiotherapy rehab sufficed.
Links to both reviews and the CSP article are available below: