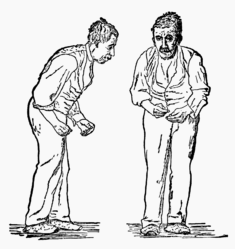 Though the number of trials has increased during the past five years, helping to support calls for physiotherapy to be an integral part of programmes designed to manage the condition, the evidence base that might support physios’ involvement has traditionally been weak, they suggest.  This partly explains why relatively few patients with Parkinson’s were referred to physios in the past. Another reason was the ‘poor availability’ of physiotherapy services.