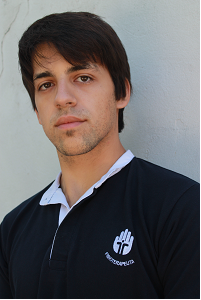 This study aims to determine whether functional status near the time of discharge from acute care hospitalization is associated with acute care readmission. Retrospective cohort study of 9405 consecutive patients admitted from an acute care hospital to an inpatient rehabilitation facility between July 1, 2006 and December 31, 2012. Patients’ functional status at admission to the rehabilitation facility was assessed by the Functional Independence Measure (FIM) score, and divided into low, middle, or high functional status. The main outcome was readmission to an acute care hospital within 30 days of acute care discharge (for all patients and by subgroup according to diagnostic group: medical, orthopedic, or neurologic). There were 1182 (13%) readmissions. FIM score was significantly associated with readmission, with adjusted odds ratios (ORs) and 95% confidence intervals (CIs) for low and middle versus high FIM score category of 3.0 (2.5-3.6; P<0.001) and 1.5 (95% CI: 1.3-1.8; P<0.001), respectively. This relationship between FIM score and readmission held across diagnostic category. Medical patients with low functional status had the highest readmission rate (OR: 29%; 95% CI: 25%-32%) and an adjusted OR for readmission of 3.2 (95% CI: 2.4-4.3, P<0.001) compared to medical patients with high FIM scores.