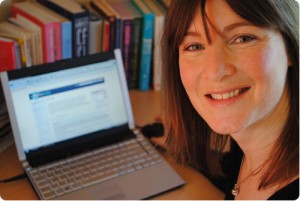 The support that Physiopedia has received recently from the World Confederation for Physical Therapy (WCPT) have been so very gratefully received. Following a couple of great conversations recently with Tracy Bury and Simon Crompton regarding open access and social media in the physiotherapy profession I have enjoyed sharing ideas and been enthused to discuss our shared interest in providing open resources for physiotherapists and physical therapists and also to discuss the merits of using social media in healthcare. The resulting article in this months WCPT news is a great testament to our shared goals and has provided me with a dose of motivation to continue in the Physiopedia quest for open access information for all, along with my other projects. This is the article from the WCPT news written by Simon (which I’m sure, in an open way, he won’t mind me reproducing here!)….

Are physical therapists making the most of the opportunities technology presents for sharing professional information around the globe? British physiotherapist Rachael Lowe has launched an ambitious web-based information-sharing project, and thinks that the future lies in free-access resources, tweeting, mobile phones and online learning.

Last January, Rachael launched Physiopedia (www.physio-pedia.com), an online encyclopaedia compiled by physical therapists for physical therapists much along the lines of Wikipedia. She describes it as an evidence-based resource that includes clinically relevant information for all aspects of physical therapy practice.

Like WCPT, she believes that as much professional and clinical information as possible should be available free of charge and membership constraints to physical therapists around the world.

“The whole idea is to get the profession to have more open resources,” she says. “Everyone seems to be working for themselves, or within geographical boundaries, and it’s so much better if we could work together globally. The technology available today gives us the opportunity to work together, come to a global understanding of what we do, and promote the profession as a whole.”

Rachael, a qualified physiotherapist who has worked as a clinician in the UK and Australia, runs an e-learning company with her husband in Yorkshire, England. She started Physiospot as a means to help her, and other physiotherapists, keep up with continuing professional development opportunities. Then in 2008 she decided to set up a physical therapy version of Wikipedia in her spare time. She worked with an American physical therapist to try and ensure the material was truly international.

“When we launched Physiopedia last year, I was expecting everyone to be excited and for the information to grow wildly. It hasn’t. But in some ways, what has happened is even more exciting: educational institutions in the United States, South Africa and Ireland have got involved. Their students are creating new content and being assessed on it as part of their course. The students love it because it’s an opportunity to use technology to create something lasting that benefits the profession.”

A “wiki”, like Physiopedia, is a collection of web pages that can be collaboratively edited with no specialist tools and little technical know-how. Although all of the content of Physiopedia can be viewed by anyone, those who edit or contribute to Physiopedia need to be qualified or student physical therapists. Editors and writers need to log on to add or change text. Rachael Lowe keeps a close eye on every edit and addition made. But the idea is that the profession itself polices the content for quality.

“It’s going to take a long time to fulfil its potential. I don’t expect it to be a physiotherapy Bible, but a point of reference.”

As a free access source of information, the project is unlikely to ever yield Rachael or anyone else, a profit. She’s aware that some national professional organisations might feel an uneasiness about such open-access resources becoming available, feeling they might challenge the services they offer to their members – often in a members-only part of their website. “But we’re not challenging anyone. We just think it’s a great opportunity for collaboration, and for people in developing countries to have access to the information that people in developed countries do.”

Now Rachael Lowe is looking to set up mentoring programmes, networks and continuing professional development programmes through Physiopedia. “Potentially, the project is massive. But there’s no long-term plan. It’s going where physical therapists want it to go – it’s in their hands.”

She’s also interested in further technology-based projects that might help knowledge-sharing – particularly using social media such as Twitter, Facebook and live blogging. “Their real potential lies in conferences,” says Rachael. “If you have a live blog, for example, it enables people who can’t attend the conference to become involved and follow what’s going on.”

“It doesn’t take much effort to set up. You need a website, and people who will help you with the writing during the conference. Facebook and Twitter also give something extra to people who are attending the conference – they can get short updates, for example. When I was at a conference in the UK recently, I got a tweet from an American who was following me, who asked me to put my hand up and ask a question!”

WCPT is investigating the potential of these kinds of networking ideas for its congress in Amsterdam next year.

This April Physiopedia is running a World Focus campaign, encouraging physical therapists from all over the world to contribute one page. This is in an attempt to contribute to the HIFA2015 goal (see www.wcpt.org/node/33001) that every person worldwide will have access to an informed healthcare provider. For more details go to www.physio-pedia.com.