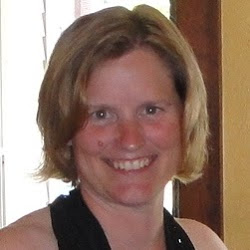 Your hands can be incredibly helpful in assisting patients. Scenario #1: patient with mid lower back pain. Physician referral indicated sciatica. Straight leg raise was negative. Picture a 50+ year old women prone on the table. I attempted to perform posterior-anterior mobilization along the spine. I wasn’t necessarily doing it as a treatment – I was doing it to help problem-solve where the lady hurt and what her spine felt like. Imagine my surprise when I felt immediate splinting. This led to further questioning. To find out, the patient was also having genitourinary symptoms. End of story: 35% kidney functioning – and she was headed toward end stage kidney disease and needing dialysis. Imagine if I never touched the patient. Imagine if I never attempted a mobilization. There is no exercise intervention that would have led to improvement – and how long would I have waited before I decided something wasn’t right?

Scenario #2: My memory brings to the forefront an older gentleman who had severe groin pain. He couldn’t get on his motorcycle without severe pain. He couldn’t get in or out of his car without significant pain. It seemed he had some type of impingement going on in his hip joint. One treatment session of manual therapy to his hip joint and he could immediately get in his car without pain and get on his motorcycle with very mild symptoms.

Scenario #3: Older gentleman was referred to thigh pain which was interpreted by his primary care physician as lumbar radiculopathy. Treatment was directed toward his lumbar spine and hip joint. Assessing the hip: reduced range of motion. During hip mobilization treatments, the sensations palpated during the mobilization didn’t feel as would be expected. After a couple of sessions focused on manual therapy and no change in motion (along with the odd sensation not resolving), the patient was referred back to the primary care physician with recommendations for hip radiographs. Final diagnosis: femoral head necrosis and total hip arthroplasty within 5 days.

If we take away manual therapy and allow it to become extinct, we lose so much more than a “window of opportunity.” Manual therapy doesn’t have to be used to dupe patients… to create dependence… or to pump up our self-identity/self-importance. The devil is in the details.

No matter what intervention you choose in a treatment plan, always consider your patient’s values and beliefs, be ready to manage their beliefs, know the anticipated response to the interventions you choose (and the time frame for a response), continually monitor patient response, and adapt the treatment plan accordingly.