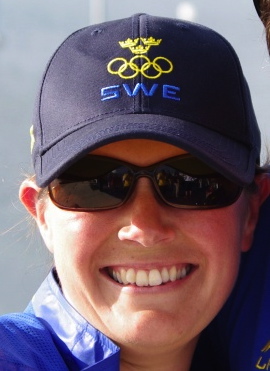 Follow Katherine Knight
Katherine is a physiotherapist specialising in working with top level sailors. She has just published her first book entitled Sailing Fitness Toolbox, and runs a website for outdoor athletes, www.performancepenguin.com
Read more by Katherine Knight
In the first of this two part series, Katherine Knight Physiotherapist for the Swedish Olympic Sailing Team gives us an insight into how Rio is gearing up for the 2016 Olympics and it’s implications for Physiotherapists working at the event.

What will working at the Olympic Games in Rio de Janeiro be like? I was lucky enough to get an early insight while working as part of the Swedish Olympic Sailing Team. Test events, which are essentially dry runs of the actual event, take place in most sports prior to the Olympic Games themselves. They provide the organisers and the venue the opportunity to test that everything from the transport to the internet connection will be working seamlessly for the main event. Since sailing is a sport which is strongly influenced by weather conditions and these vary throughout the year, the sailing test event was held in August, the same time that the racing will be taking place in 2016, meaning that sailing was one on of the first sports to get a real taste of what Rio will be like.

A test event provides the athletes and support teams with an important opportunity to get a feel for how things will work during the event as well as how the venue itself feels. A home advantage is widely accepted to be advantageous for athletes, that’s why it’s called an advantage after all. This is especially so for sailing where every venue has different wind and water conditions and knowing these well is vital for successful racing. But more than that a home advantage involves feeling happy and comfortable in the environment. This encompasses a huge variety of things from being comfortable with the culture and food to where to get shampoo.

As such getting a feel for Rio and getting to know the local culture is an important part of preparation for an Olympic Games. Whilst training is far from beaches and bikinis for the athletes, many of the events being planned to be held adjacent to the famous Copacobana and Ipanema beaches, means that sampling the local culture can have it’s advantages. So what is Rio like? This was my first visit to Rio and experience of Brazilian culture. The thing that I was struck by the most was how friendly all of the locals were. Everywhere I went the people were smiling and seemed genuinely happy to have athletes from all over the world visiting their home town.

As well as getting used to the culture, an important aspect to the trip for me as a physiotherapist was to check out the local medical provision. Whilst getting a tan might be quite easy in Rio, getting hold of clinic supplies is a little more difficult. Careful planning and preparation will be required by any therapists working in Rio, next day Amazon delivery of that crucial item is a little more difficult to expedite than in your home clinic.

Preparations are certainly well underway for a spectacular event in 2016, I was impressed with the organisation of the event and the local people that I met seem genuinely excited about the Olympics coming to their home town. One thing is for certain, Brazil knows how to put on a party – set against the iconic backdrop of Sugarloaf Mountain and Christ the Redeemer, the opening ceremony should be one to remember.

Find out what it is like to work with Olympic athletes and what a physio’s role is within sailing in part II.