Does inpatient and/or outpatient rehab lead to a better recovery compared with home-based rehabilitation after arthroscopic meniscectomy?

Despite the fact that arthroscopic meniscectomy is a primary risk factor for knee osteoarthritis and a raft of evidence questioning it’s efficacy it is still one of the most commonly used surgical interventions for a number of indications.

Arthroscopic meniscectomy is a procedure which partically or completely removes damaged meniscus. As this involves trauma to the knee post-operative rehab is needed to restore the function and reduce pain and numerous studies have investigated and compared home and hospital based rehab programmes but a definitive recommendation of which is the superior appraoch hasn’t been made.

Which Guidelines Work After TKR?

The aim of a new systematic review published in JAMA aims  to compare the outcomes associated with home-based rehab with standard inpatient/outpatient rehab after arthroscopic meniscectomy and help come to a firm conclusion on which apprach is best.

This systematic was registered on PROSPERO and adhered to PRISMA guidance. Four databases; PubMed, CENTRAL, WoS and Scopus with the search taking place in March 2021. The database search was supplemented by a manual search of the references of included articles. The search string used was as follows:

Studies were excluded if they were non-comparative studies, non-randomised or observational in data and pre-clinical. Only comparative RCTs were included and selection of studies was independently performaed by two authors with diagreement solved by consensus with a third.

Test Your Knee Knowledge for Free

Risk of bias of included studies was evaluated using Chochrane’s risk of bias tool (2.0) and the overall quality of evidence for each outcome was rated using GRADE guidelines. The satistical analysis used the inverse variance method for continuous variables to measure the difference between the outcome measures with results expressed as mean differences (MD).

Heterogeneity was tested using I2 metric and considered significant when I2 > 25%. Initially the authors were going to use a random-effect model for the meta-analysis however the results were less heterogenous than expected so a fixed-model was used instead with a p value set at 0.05.  The Hartung-Knapp correction was applied to analyse outcomes generated by a few articles but this doesn’t come without it’s concerns.

In total 8 studies were included out of an initial 1914 which were retrived. This totalled 434 individuals with 209 in the home based rehab group and 225 in the inpatient/outpatient group. Participant age ranged from 21 to 74 with a gender distribution of 332 men and 104 women. Follow up ranged from 28 days to six months.

The home based rehab approach taken by studies was less varied and were characterised by verbal and written with sometimes illustrated indications of the exercises. In one study, composed solely of an abstract with outcome-related data in a tabular format, HBP was delivered via internet-based rehabilitation.

Looking at patient-reported outcomes there appears to be no difference clinically or statistically in Lysholm or IKDC scores between the two groups. It is worth considering that there were few studies included within the meta-analysis for the Lysholm score as well as high concerns over bias putting the GRADE level as low to very low.

Physical outcomes painted a very similar picture with no real difference in knee flexion (MD -7.40°) or knee extension (MD -0.55°) with only thigh girth showing any significant difference in favour of home based rehab with a mean difference of 1.38cm. The clinical benefit of this is likely negligible.

From a functional perspective there was no significant statistical difference in either single or vertical hop tests but those in the inpatient/outpatient group did marginally outperform the home based group in both tests. This marginal improvement in hop test doesn’t translate into a quicker return to work however, as the home group returned to work quicker (MD 4.5 days).

Considering these outcomes, and that neither is more superior than the other, home rehab should be a frequently used method of rehab following knee arthroscopy particularly in light of the COVID-19 pandemic and cost saving implications. This study is not without it’s limitations therefore caution does need to be applied when applying results to your clinical setting. 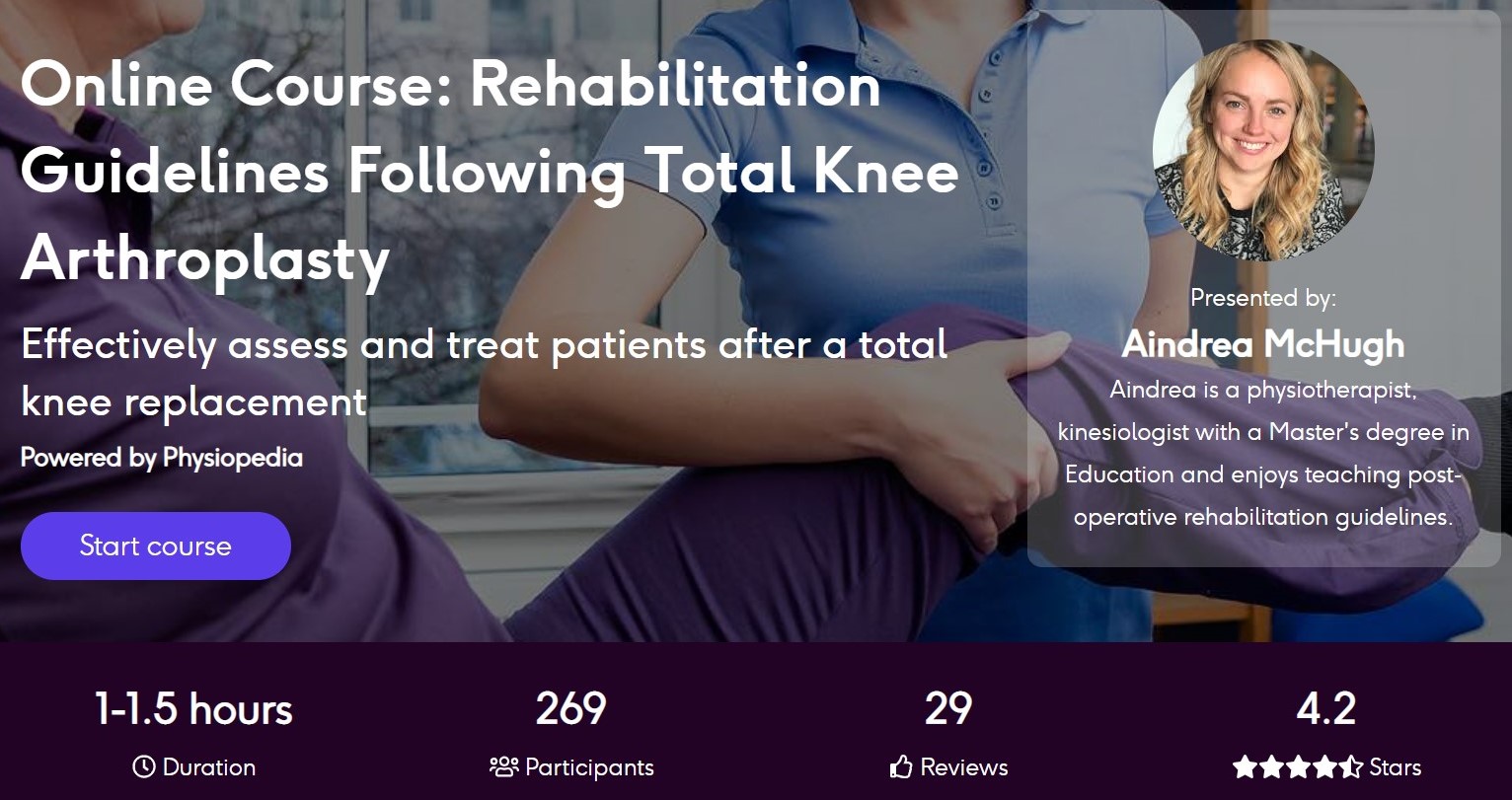