Temporomandibular joint (TMJ) dysfunction is on the rise, possibly exacerbated by delays to routine dental care caused by the pandemic.

Temporomandibular disorders (TMD) are common in clinical practice because of their multi-factorial etiology. This complexity leads to diagnostic and therapeutic challenges and often people living with jaw pain find themselves being referred to physiotherapists. TMD are primarily characterised by pain in the pre-aural area accompanied by hypertonia, hypertrophy and asymmetry in the function of muscles involved in mastication.

Understand The Biomechanics of the TMJ

Conservative treatment is always the first port of call when treating TMDs and this includes prostethics and orthodontic treatment as well as drugs and rehab with education. For physiotherapists this includes manual therapy in the form of myofascial release (MR) and post-isometric muscle relaxation (PIR). This is despite a lack of conclusive evidence suggesting these are effective treatment choices.

A new study published in the International Journal of Environmental Research and Public Health aimed to compare these two treatment choices to evaluate their effectiveness when treating TMDs.

This small scale clinical trial involved 60 patients between the ages of 19 and 40  and took place at a dentist clinic in Poland. The 60 participants were split into two groups of 30, group 1 received PIR treatments and group 2 myofascial release MR treatments were performed.

Both groups were equal in terms of age and gender balance. Each participant received 10 treatment sessions for 10 consecutive days (excluding Sundays). For both groups assessment was performed by the same clinician with outcome measures being taken before treatment starting, after the 10th session and lastly 4 days after treatment finished.

All patients received the same assessment which consisted of firstly a general dental examination (performed by a dentist), followed by a physio assessment, sEMG of the anterior part of the temporal and master muscles and finally a VAS assessment of pain. Details of the equipment used and the position of the sEMG are available in the article.

To be included within the study patients had to:

Patients were excluded if they had any head or face injury during the study or any open wounds on the head/face. The interventions are explained in more detail below.

During the PIR treatment patients were in supine with the head in a neutral position. The treatment occurred in two stages with adductors  being stretched first followed by lateral stretches.

To perform the adduction stretches the therapist placed their thumbs on the patients premolar and molar chewing surfaces (A) and then passively abducted the mandible until the functional limits were reached (B). Once at the limit the patient performed an isometric contraction of the mandible using 20% maximal force and held for 10s, then relaxed and the therapist stretched to the new limit and repeated three times.

To stretch the muscles responsible for lateral movements the patient relaxed their jaw into a rested position. The therapies then placed once hand so the thenar, thumb and index finger supported the jaw (4A) and the other hand was placed on the opposite temple. The jaw was then translated laterally until the limit was reached and then the patient performed an isometric contraction using 20% force for 10s (4B). After 10s the jaw was relaxed, the new limit reached and the cycle repeated three times to both left and right side. 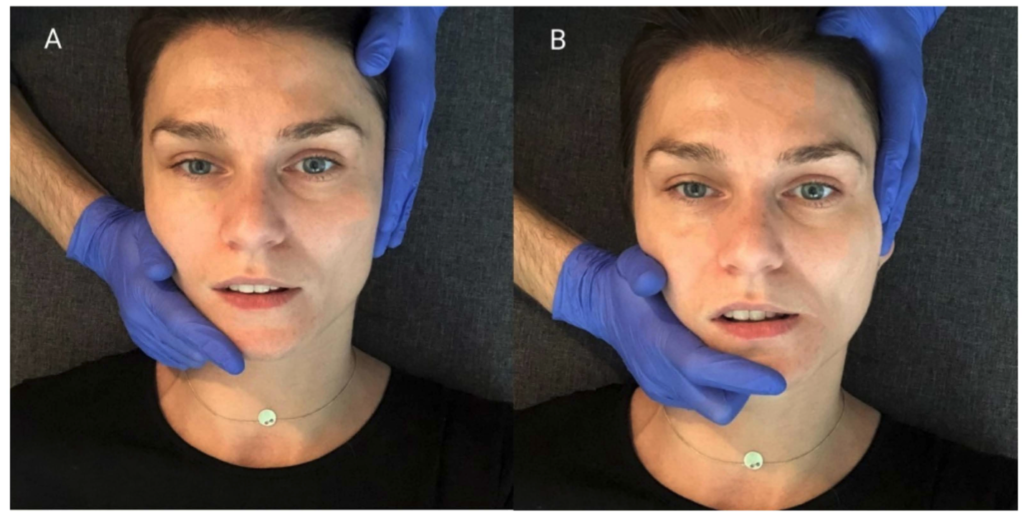 The Myofascial release was performed on the anterior parts of the temporal muscles, the superficial parts of masseter and sternocleidomastoid six times on each side during each session. Soft tissue mobilisation started proximally with the patient laying in supine with head turned to the opposite side being treated.

Overall there was similar improvement across all outcome measures for both interventions. For both group 1 and 2 there was improvement in the rand of mandibular abduction and lateral movement as well as a reduction of pain in the TMJ joints and muscles during palpation.

Looking at the sEMG measures, in both groups there was a statistically significant reduction in muscle activity in the anterior part of the temporal muscle and masseter muscle on left and right sides. Improvement in both groups was similar.

The results if this study indicate that both PIR and MR can be used to manage TMJ pain however the small nature of this study means caution should be used when interpreting the results. 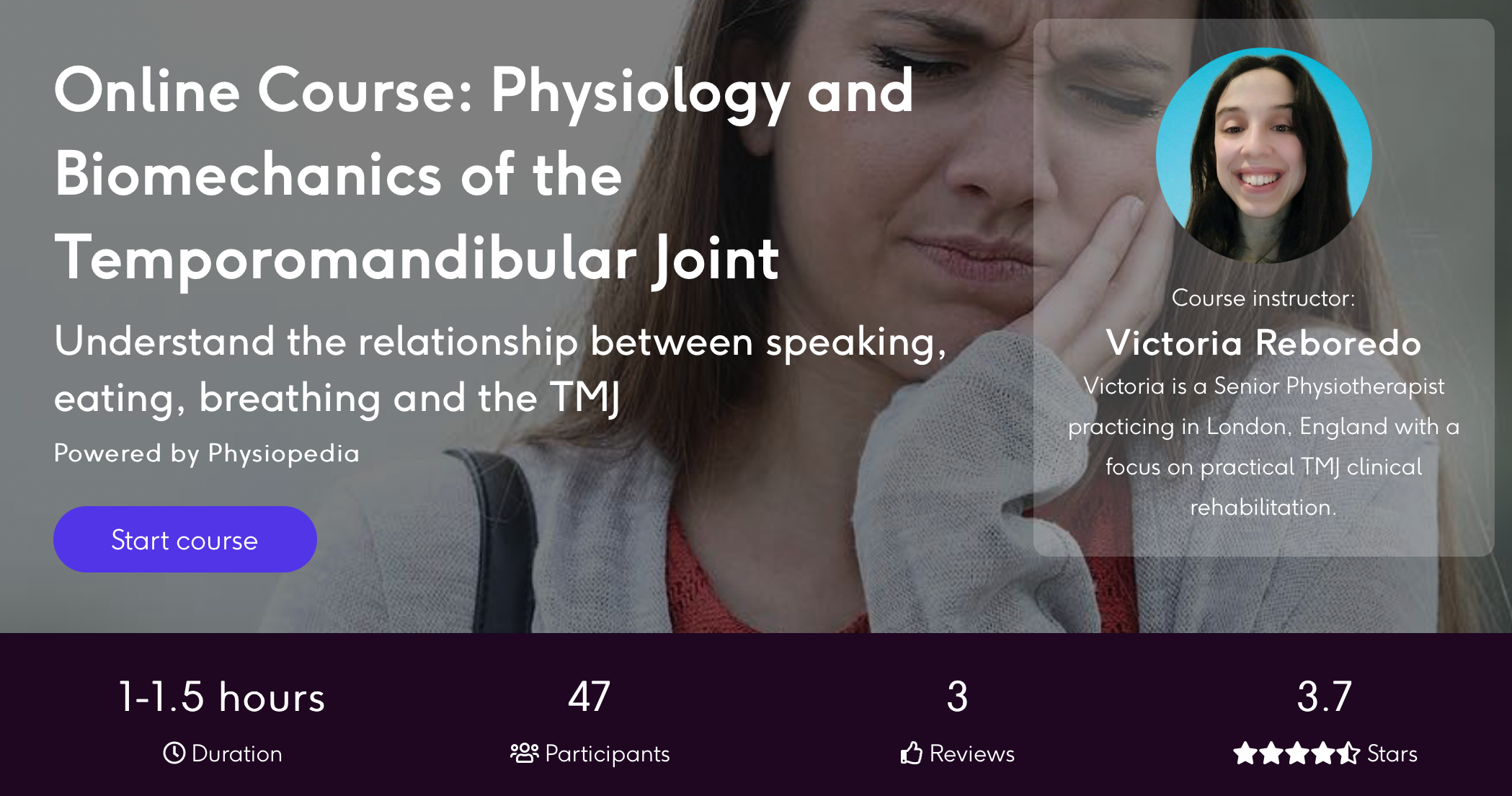