Kim is from the UK and earned her Physiotherapy BSc(Hons) Degree in 2002 from the University of East Anglia. As well as gaining experience in the NHS Kim also worked in St Lucia, a small island in the Caribbean. In the UK she specialised in Neuro and Rehabilitation which are skills that she transferred to her work in private practice in St Lucia where she worked with musculoskeletal conditions and professional and amateur elite athletes; she has a passion for analysing biomechanics to maximise performance and prevent injuries.
Kim is the Content Manager of Physiopedia and also manages the Resource Repository, a great place to find resources on health and rehabilitation.
Read more by Kim Jackson

Today is World AIDS day. Despite the many advances in the treatment of HIV and AIDS there still remains division, disparity and disregard for human rights – and today is a day to call for change!

This year the theme for World Aids Day is Equalize! Global leaders and the entire population are being asked to recognise failures and inequalities that are threatening the lives of millions, and to equalise access to essential services for those who need it.

“We can end AIDS – if we end the inequalities which perpetuate it. This World AIDS Day we need everyone to get involved in sharing the message that we will all benefit when we tackle inequalities…to keep everyone safe, to protect everyone’s health, we need to Equalize.”  – UNAIDS Executive Director Winnie Byanyima

There have been many advances in the recognition and treatment of HIV and AIDS but raising awareness now needs to be on everyone’s agenda – there are only 8 more years to achieve the goal of ending AIDS as a global health threat by 2030. This will not be possible unless inequalities are addressed.

The terms HIV and AIDS are often incorrectly used interchangeably. Human immunodeficiency virus (HIV) is the name of the virus and describes the weakening of the immune system by the virus. Acquired immune deficiency syndrome (AIDS) describes the collection of illnesses caused by the virus.

HIV was first identified in the early 1980s, although there are reports of a similar disease dating as far back as 1920. At the time, little was known about the disease, and people who were diagnosed with HIV eventually developed AIDS. Untreated HIV progresses through stages from flu-like symptoms to late-stage HIV. There is no cure for HIV infection but things have changed dramatically over the years. Thanks to increasing access to effective HIV prevention and diagnosis, and advances in antiretroviral therapy HIV infection has become a manageable chronic health condition, enabling people living with HIV to lead long and healthy lives.

However, treatment and medication availability varies around the world, and it is this disparity that puts people at risk of developing serious complications. 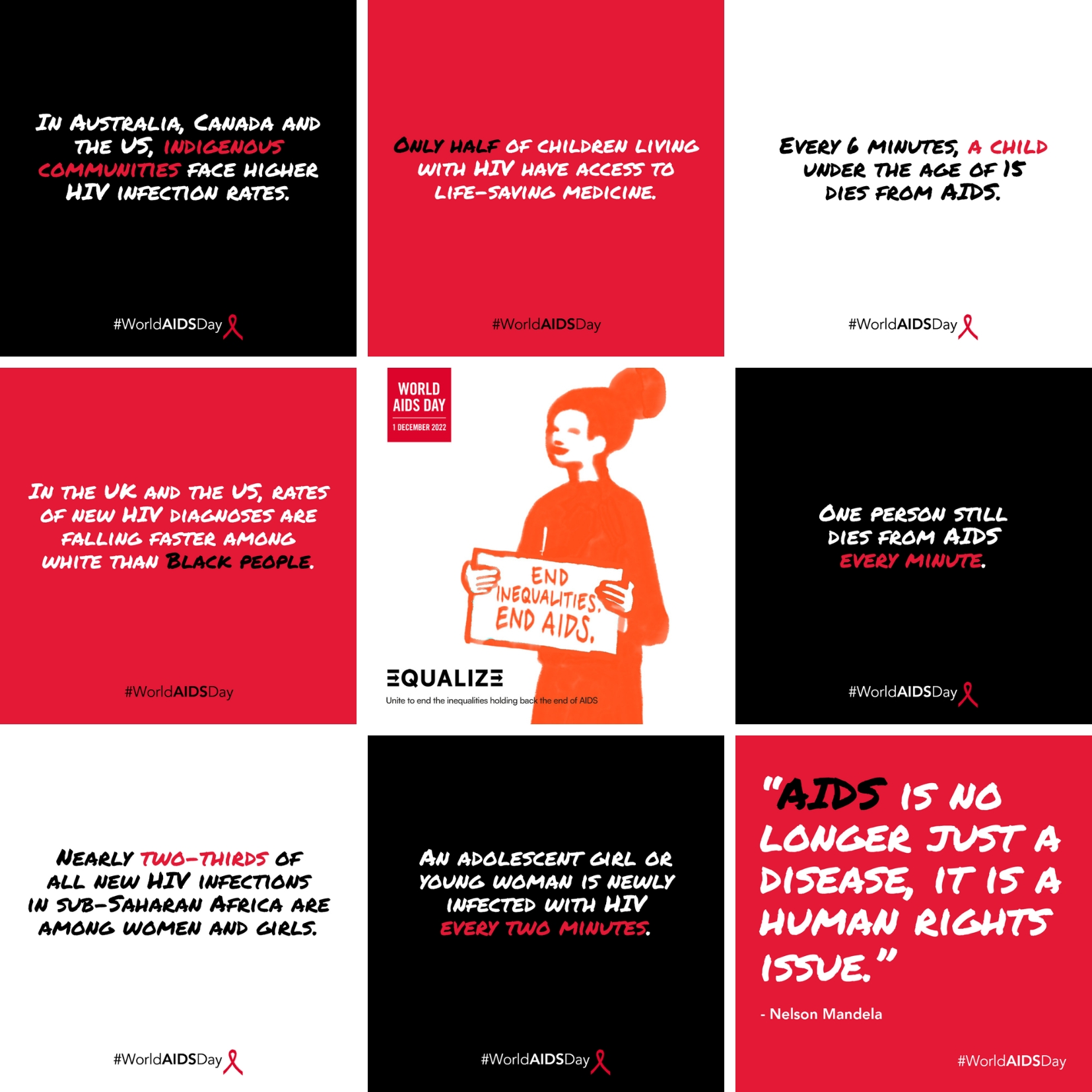 Physiotherapists play an essential role in the physical well-being of HIV patients. Exercise and fitness education is critical for improving health and well-being. Physiotherapists are also well positioned to treat the symptoms of associated illnesses, which can cause respiratory, neurological and musculoskeletal problems. Advocating for, remaining open-minded and non-judgmental, and being able to listen to, empower, and never stop learning are all roles of physiotherapists. Physiotherapists make a difference every day, not just today!

Ways to get involved

Raise awareness in your community today, there are lots of ways to take part, here are some ideas: