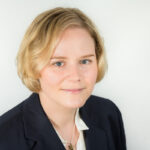 Salutations! My name is Amanda Ager and I am a Canadian physiotherapist presently working on my Doctorate at Ghent University in Belgium. I have over 10 years of clinical experience, including 5 years as a Physiotherapy Officer with the Canadian Armed Forces. I am an orthopaedic physiotherapist by experience, and I have a specialized interest in shoulder pathologies and associated motor control and proprioceptive deficits. I firmly believe that physiotherapists belong in the triage team of emergency rooms, in part resulting from my experience as a military physiotherapist, and I believe the best way forward for our profession is a global standardization of care. I am fortunate to be part of an exciting team of professionals who are passionate about innovation and evidence-based care.
Read more by Amanda Ager

It is time to think outside the box.  Has someone made an impression on you? Is there someone working behind the scenes, who has made a meaningful contribution to rehabilitation? Physiopedia’s Awards Programme is now taking nominations until the 15th of June 2022.

Physiopedia is the result of voluntary contributions from an amazing group of altruistic individuals and organisations that wish to contribute to pubic knowledge related to rehabilitation. The Physiopedia Awards Programme recognises and features the diligence and efforts of people who have made significant and impactful contributions. These awards also serve to showcase the impact these contributions are having on the global rehabilitation professions.

If there is one thing we have learned this past year, it’s that appreciation can be powerful.  Recognising others for their efforts and dedication can make all the difference. Take the time and nominate someone deserving of recognition within the field of rehabilitation.

Anyone can nominate a candidate, and in turn, be nominated. Awards are decided by the awards committee and are given each month to our Top Contributor as well as annually in June in the following categories: