Up to 10% of the population struggle with urinary incontinence and when you read that you immediately think of two patient groups older adults and pregnant women. Whilst it’s true that urinary incontinence is most common in those two groups it is still an issue for many women who aren’t old or pregnant. In fact it’s a problem that is thought to be getting worse.

Conservative management is first-line treatment for urinary incontinence with physiotherapy being top of that list. We have confidence in knowing the approach we need to take in managing incontinence for pregnant women however it is less clear for non-pregnant women.

A new systematic review published in the International Journal of Environmental Research and Public Health aims to clarify which treatment is best for non-pregnant women.

The search strategy used for this systematic review used a combination of five databases and grey literature sources to ensure adequate coverage of the available literature. PRISMA guidance was used to conduct the search which involved the following terms:

The search was limited to randomised controlled trials published in English between 1st of January 2000 and 1st of March 2021 were included within the review.

To be included within the review articles had to meet the following criteria:

Any studies including pharmacological interventions or patients who had undergone surgery were excluded. The quality of included studies was assessed using the Cochrane Risk of Bias 2.0 Tool.

In total 15 studies were included within the final review which totalled to 2441 non-pregnant women who has urinary incontinence. The studies took place in multiple countries around the world including Brazil, Canada, Iran, Plan, UK, Sweden Bangladesh, Norway, Hong Kong and Turkey. The age of participant ranged from 29 to 85 years.

Numerous combinations of interventions were used throughout the studies with some having more patients than others. There was consistency in the outcome measures used however because of the inconsistent way they are reported comparison between studies is challenging. The totals of pooled patient for each treatment used is summarised below:

Study duration ranged from 4 to 104 weeks with the most common follow up duration being 12 weeks but several individual studies went well beyond this time. Overall seven studies had a low risk of bias, five medium risk and three high risk of bias.

By far the intervention with the most consistently positive outcome was pelvic floor muscle training combined with education. Over half (50.5%) of patients improved measures of urinary incontinence with 22% becoming fully continent. Muscle endurance and strength of muscular contraction were also improved but because of the way these outcomes were reported comparison between studies is not possible.

All other studies included also saw improvements in continence but were not as effective as pelvic floor muscle training + education. These findings are consistent with other systematic reviews including a Cochrane Review published in 2018. Because there was such inconsistency between the way outcomes were reported it is hard to draw conclusions about which interventions (beyond pelvic floor muscle training) should be used when.

One thing is clear though, that pelvic floor muscle training with education should still remain the top of your treatment list when you are treating women with urinary incontinence in clinic. 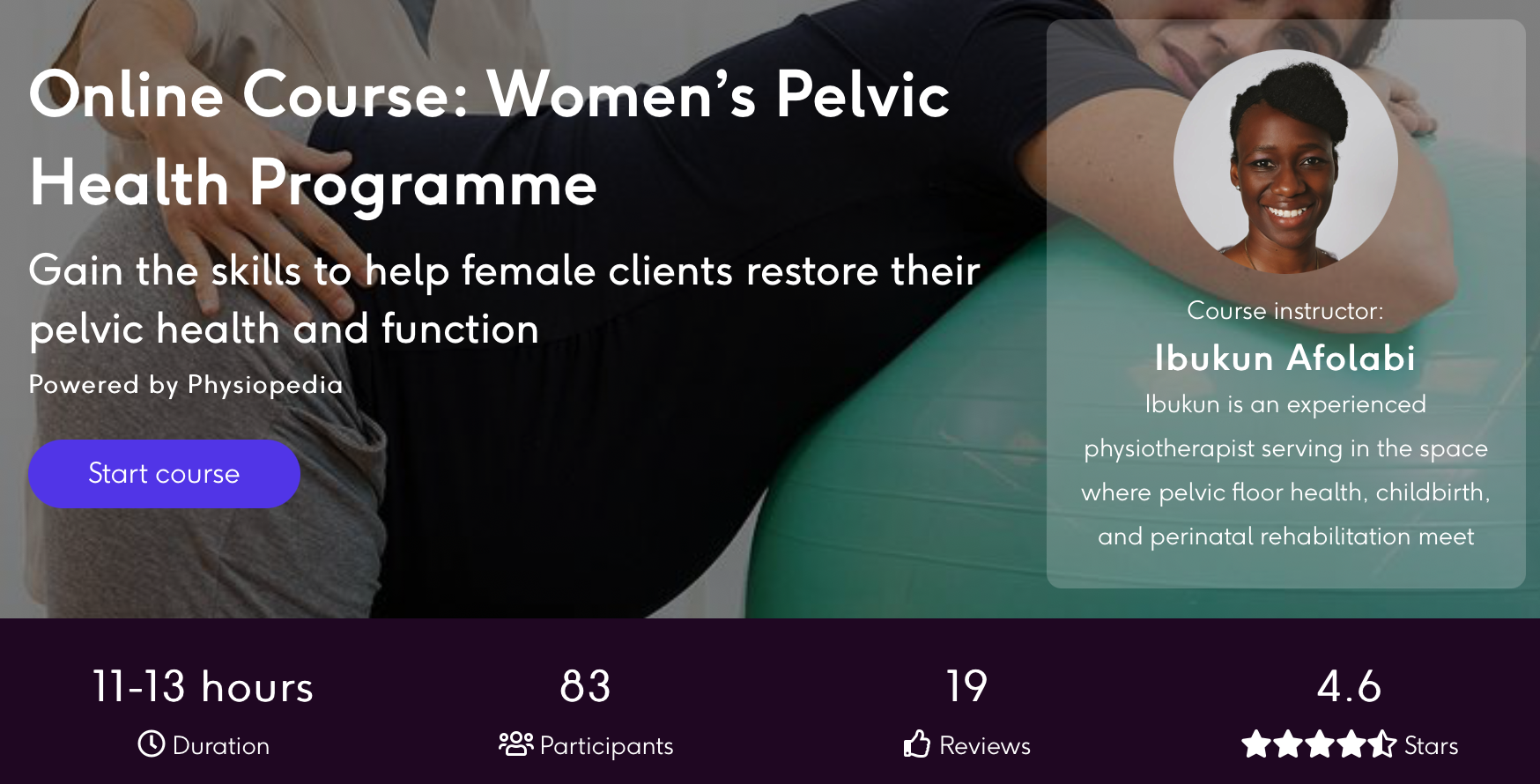